No word in the sports lexicon quite has the same effect then when a fan of a franchise hears the word “relocation.”

As a San Diego, California native I know full well what it is like to watch my hometown team uproot and move to another city. The Chargers were my first love as a sports franchise and one that I have loyally followed to this day. Conversely, I have friends and relatives that have switched their alliances since the Chargers’ packed up and left town and I can’t blame them with how unamicable the team’s ownership and city’s relationship is.

So one can only imagine how delighted I was when the Alliance of American Football League announced in 2018 that San Diego would be designated for one of their eight expansion franchises. The San Diego Fleet, appropriately named after the area’s prevalent military ties, signaled a new era of professional football in a town that had been burned by grab bag ownership seeking greener pastures. The gridiron was set to plant new seeds in still fertile soil. 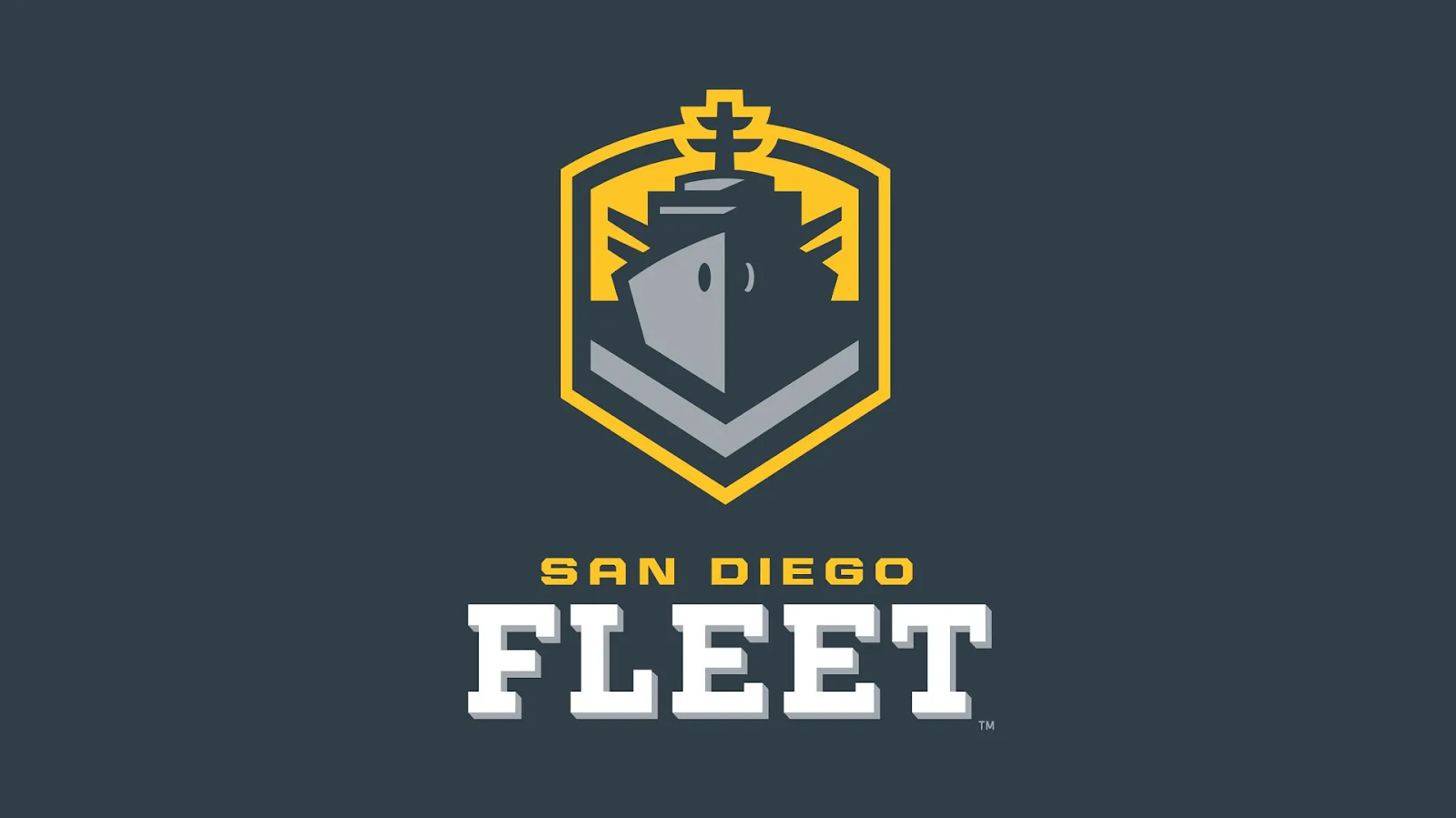 The Fleet were one of the league’s standouts in terms of fan support. In their last home game against the Birmingham Iron the Fleet hosted over 20,000 attendees in the now torn down SDCCU stadium, the Chargers’ former home. On average 19,154 fans attended games for a brand-new squad in an old venue still lingering with the distaste of the Chargers’ exodus. Despite poor visibility and marketing strategies from the new league, San Diego had the third highest number of attendees per game only behind San Antonio (27,721) and Orlando (19,684).

I was fortunate enough to attend the Fleet’s final home match and it was there I witnessed a rebirth in enthusiasm for professional football born from the community’s divorce with their NFL entity. Fans donned in foam hats shaped in the form of naval ships, old canopies with the Chargers’ logo crossed out, chants of “Spanos sucks” (in reference to Chargers owner Dean Spanos) were consistent at Fleet games as evidenced in person and on television broadcasts. This scene did not give off the impression that football was off the minds of San Diego residents.

Of course, the joy could not last forever the now defunct AAF folded after 8 weeks of play due to various financial issues. Broken promises by the AAF left San Diego for the second time in four years down another professional football team. An unfortunate trend for pigskin enthusiasts in my hometown was being funneled into a narrative that this sport simply could not last in this city.

Even after the team disappeared, I have still sported my Fleet t-shirt in public and have received comments from store employees and people around town to the effect of “I miss that team” and “I was looking forward to having professional football back here.” One of our longtime local television sportscasters Kyle Kraska moved on to the Los Angeles market in part because he wished to cover the NFL again. It became evident to me that while many of my friends and acquaintances throughout my life said that San Diego had “fair weather fans,” the apparent apathy towards football was mostly due to the Chargers’ ownership mismanaging their longtime relationship with fans which caused them to become alienated with their presence, not the sport itself.

Yet despite the absence of a professional team, enthusiasm for football is far from being dead here. HUB Football has run multiple camps around the county, granting opportunities for players to showcase their talents. There is an indoor team, the San Diego Strike Force, who are returning this season to the IFL after a 2-year hiatus. But most notably, a new gridiron arena is on the horizon.

The XFL’s ownership looking into adding new teams coincides timely with the new SnapDragon Stadium set to be completed in Fall 2022. San Diego State University’s football team will host their first game at the new venue on September 3 should all construction proceed as planned. An expansion XFL franchise in Spring 2023 playing in a sparkling new 35,000 seat venue is a tantalizing prospect. 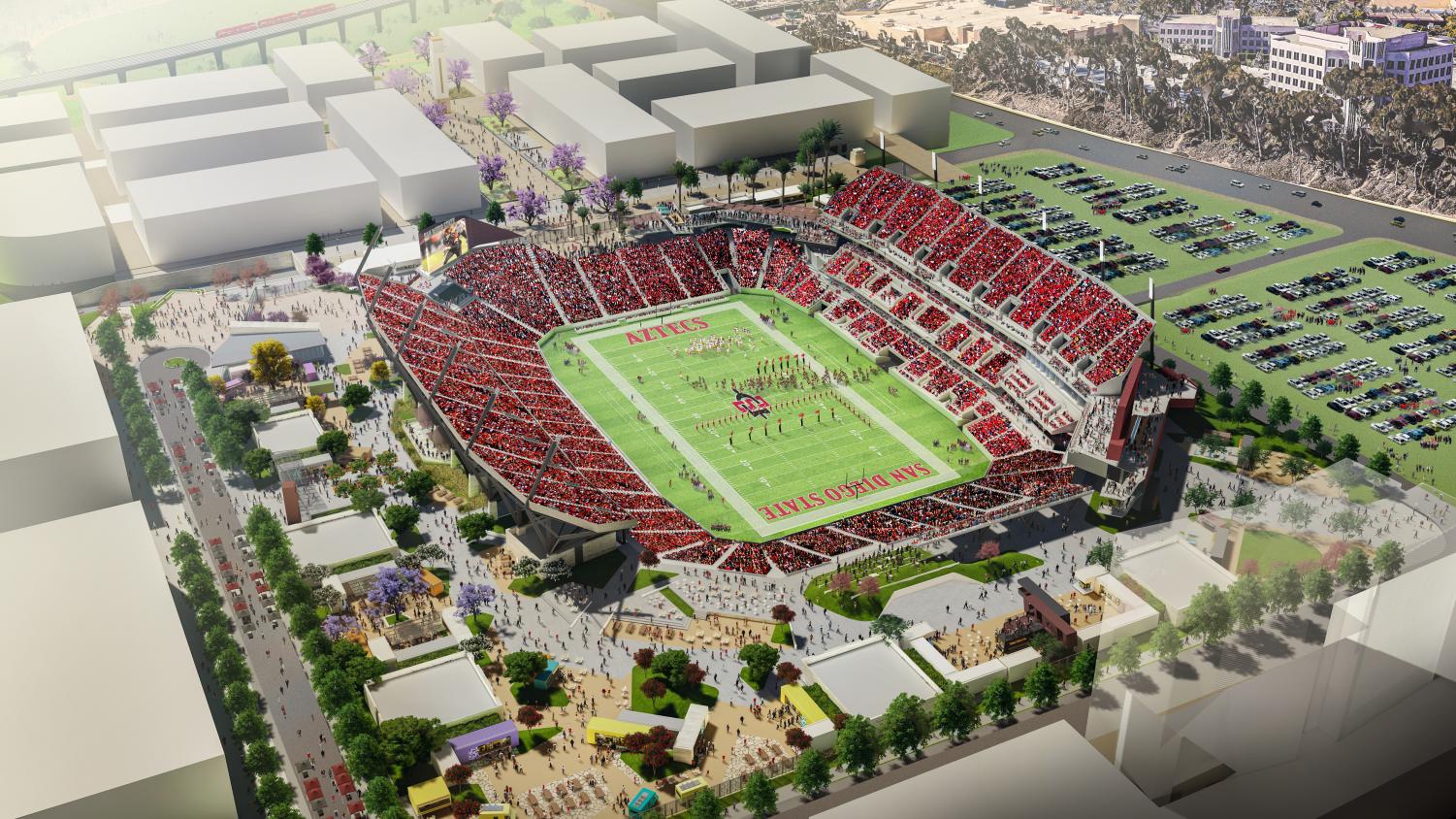 If the turnout for Fleet games was any indication, 35,000 seats are not as demanding to fill compared to a cavernous venue like SDCCU stadium. Before the XFL’s operations were shut down the average attendance clocked in at 18,125 across their eight locations. The Fleet, in an inferior league from a public exposure standpoint, cleared that average and thus showed a community with potential to accept a new team with better infrastructure. Optics are one aspect of marketing your product effectively and making SnapDragon Stadium appear at or near capacity is not impossible for an entity such as the XFL.

America’s finest city is due for another franchise and a chance for its citizens to once again embrace professional football in the community. With the XFL announcing its return in 2023, San Diego absolutely must factor into the league’s expansion/relocation considerations. The conversations I have had about the Fleet and the attendance numbers convince me that if you give this town a team to support and not try to jiggle the fans’ wallets for extra change, they will get behind it.

Perhaps it is too early to begin dreaming about add-ons for a league that’s just trying to distance itself from its abrupt ending in 2020, but if NFL faithful can have boundless (and sometimes misled) renewed hope every season, so can a fan who just wants professional football back in his hometown.

KaVontae Turpin Was The Trailblazer, Can Andrew Jamiel Continue Success Of FCF Players To Next Level?

XFL Seeking Investors To Own Up To 45% Of The League

XFL Seeking Investors To Own Up To 45% Of The League

PR: XFL To Announce Cities And Venues At Texas Live! In Arlington This Sunday, Streamed On XFL.com

Spring Football Player Spotlight: Antwane Grant
Why The XFL and Colin Kaepernick Are the Perfect Match